Manchester Eye Associates is open and here for you. That being said, our office does require that all persons enter our office wearing a mask prior to entering the office (we do not have masks to offer the public) and while in our office. Additionally, anyone wishing to pick up or pick out glasses or in need of a repair MUST MAKE AN APPOINTMENT. You can schedule an appointment by calling our office at 603-668-2010. Thank you for understanding.

Meet the experienced and friendly doctors and staff who make Manchester Eye Associates the leading provider of vision care products and services in Manchester. 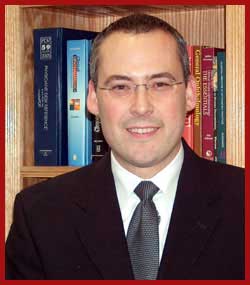 Dr. Randy Williams was born and raised in Manchester New Hampshire. He graduated from Goffstown High School in 1985. He attended Assumption College and he graduated with a Bachelor of Arts degree in chemistry in 1989. Dr. Williams received his Doctor of Optometry (OD) degree from the New England College of Optometry in 1993. While at the New England College of Optometry he was a member of the American Optometric Student Association and the Beta Sigma Kappa Honor Society. He completed clinical rotations at the Lahey Clinic in Burlington, Ma the North End Community Health Center in Roxbury, Ma and the Veterans Administration Hospital in Manchester, NH.

Dr. Williams has practiced at Manchester Eye Associates since 1993. He practices primary care optometry with a particular emphasis on contact lenses. He has completed several post-graduate educational programs in refractive surgery co-management and corneal refractive therapy. He is licensed by the state of NH in the treatment and management of eye disease and he is certified by the NH Board of Registration in Optometry in the treatment and management of glaucoma. Dr. Williams is member of the New Hampshire Optometric Association and the American Optometric Association.

Randy and his wife Tierney have two daughters and a son and reside in Bedford, New Hampshire. When he is not spending time with his family he enjoys golf, hockey, baseball and reading.

Dr. Caban Donahue is a native of Bedford, NH. She attended the University of Connecticut and graduated in 2005 with a Bachelor of Arts degree in Biology with the highest honors. She was also awarded membership in the Phi Beta Kappa International Honor Society.

She attended the New England College of Optometry from 2005-2009, graduating as a Valedictorian of her class. She was a member of the Beta Sigma Kappa Honor Society and was awarded the highest honor for obtaining a perfect 4.0 grade point average during her four year education. Dr. Caban Donahue was also the co-founder and first President of the the Private Practice Club at the New England College of Optometry. This club remains as one of the largest clubs at the college, concentrating on preparing students for careers as private practice eye doctors. She was awarded the Vision Service Plan Scholarship in 2009 for excellence in private practice optometry and was a three time winner of the NH Optometric Association Scholarship. She has served on the Board of Directors for the New Hampshire Optometric Association as Chair of Membership.

Dr. Caban Donahue practices primary care optometry with special interest in ocular disease. She is certified and licensed in the treatment and management of glaucoma.

Christine and her husband Stefan reside in Bedford, NH. with their twins, Joseph and Emily. They enjoy traveling to the Lakes Region and spending time together as a family.

Dr. Paula Ting-Downing is originally from Dover, NH. She has also lived in Webster, TX.

Dr. Ting-Downing graduated from Dover High School. She majored in Spanish at the University of New Hampshire and majored in Biology at the University of Houston. Dr. Ting-Downing received her Doctorate of Optometry in 1996 from the New England College of Optometry in Boston, MA. She completed her clinical rotations at The Veteran’s Administration, Government Center in Boston, MA, Brighton Marine in Brighton, MA and The Lahey Clinic in Burlington, MA. Dr. Ting-Downing is licensed in NH for the treatment and management of ocular disease. She has completed post graduate training in the placement of amniotic membranes for ocular disease. 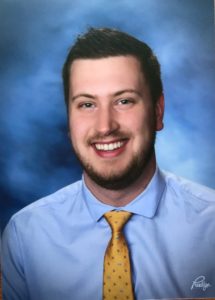 Dr. Michael Kondik grew up in Milford, Massachusetts. He attended Providence College in Providence, RI and graduated with a Bachelor of Arts degree in Biology in 2014. Dr. Kondik was also awarded membership in the Sigma Xi Scientific Research Honors Society.

Dr. Kondik attended the New England College of Optometry and received his Doctor of Optometry degree in 2019. As a graduate student at NECO, he served as an executive board member and treasurer for the student chapter of the Massachusetts Society of Optometrists, and was a member of the American Optometric Student Association. Dr. Kondik has completed clinical internships at both Dimock Community Health Center and Martha Eliot Community Health Center in Roxbury, MA the Providence Veterans Administration Medical Center in Providence, RI and the New England College of Optometry Center for Eye Care in Boston, MA.

Outside of work, Michael enjoys traveling, sports, and spending time with his family. 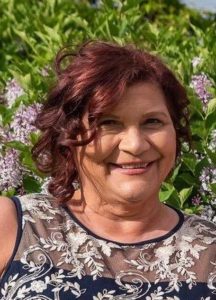 Elisabeth Paris was born and raised in Germany. She graduated from college in Nuernberg, Germany in 1983 with an opticianary degree. She moved to the USA in 1986 with her husband Paul and they lived in Massachusetts and Alaska before settling in Goffstown, NH.

Elisabeth spent many years in private practice and managing optical dispensaries before joining Manchester EyeAssociates in 2015.

Elisabeth manages our full-service optical department. She, along with other members of the optical staff regularly attends continuing education classes and seminars in order to keep abreast of the latest innovations in lens design and current trends in eyewear fashion.

On the weekends Elisabeth enjoys spending time with family and friends and also likes to knit, quilt and read. 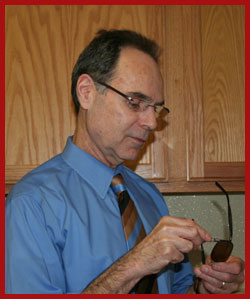 Steve was born and raised in Stoneham, Massachusetts. After high school, he enlisted in the Army where he served two tours of duty in Vietnam. Upon his discharge, he worked for Bausch and Lomb Optical Company in Boston and 18 months later became a licensed optician. Steve spent 17 years in private practice and managing optical chain stores before joining Manchester Eye Associates in 1992.

Mr. Talmanson manages our full service optical. He, along with other members of the optical staff, regularly attends continuing education classes and seminars in order to keep abreast of the latest innovations in lens design and current trends in eyewear fashion.

Steve moved to Bedford, New Hampshire, in 1998 with his wife Paula and enjoys music, sports and travel.

Some of Our Front Desk Staff

At Manchester Eye Associates we have a large staff of knowledgeable receptionists, frame stylists and technicians waiting to assist you with your eye care needs. Many of our staff members have been with us for 15 years or more. They are dedicated to making your experience at Manchester Eye Associates a pleasant one. We pride ourselves in providing personalized service in a friendly and courteous environment.

You can schedule your next appointment with us online!